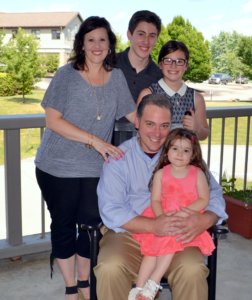 Vincentian Collaborative System announced today that Nick Vizzoca has been appointed President & CEO. Vizzoca will also join the VCS Board of Directors.

“Mr. Vizzoca’s selection was unanimous following a national search,” said Mark Stadler, VCS Board of Directors Chairperson. “Nick has a proven track record of strategic management and results-driven leadership. We are pleased to welcome him to the Vincentian family.”

A lifelong Pittsburgh-area native, Vizzoca resides in Hampton Township with his wife Marie and three children.

“The Vincentian ministry of compassionate care has stood the test of time. I deeply respect the Sisters and all those who make the mission possible on a daily basis,” Vizzoca said. “I am grateful for the opportunity to help carry on this proud tradition.”

Vizzoca succeeds Ray Washburn, who last year announced his retirement effective June 30, 2016. Washburn had served as President and CEO since 2010.

“We are very appreciative of all that Ray Washburn has done as President/CEO to strengthen VCS and position it for the future and we are very excited to welcome Nick Vizzoca as the new President/CEO,” said Sister Adeline Fehribach, SCN, Chair of the Members of VCS and Provincial of the Sisters of Charity of Nazareth. “Nick’s commitment to a value-based ministerial approach to those we serve and his positive energy ensures that the mission and values of VCS will be carried into the future.”